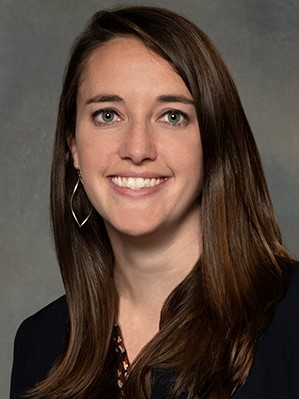 Katrien Hinderdael serves as a Country Manager for the Indo-Pacific at the U.S. Trade and Development Agency (USTDA). In this role, she is responsible for business development, project preparation and evaluation, and supervision of USTDA’s activities in the Indo-Pacific, with a particular focus on the information, communication, and technologies (ICT) sector. Ms. Hinderdael designs, implements, and monitors a multi-million dollar portfolio of ICT grants and contracts. She is a member of USTDA’s Telecommunications Sector Team, leads the agency’s Traditional Energy and Power Team, and manages USTDA’s U.S. Gas Infrastructure Exports Initiative.

Previously, Ms. Hinderdael was the Power Africa Country Manager for Sub-Saharan Africa at USTDA, managing USTDA’s energy projects in East, Central and Southern Africa. Before joining as a Country Manager, Ms. Hinderdael was a Power Africa Research Analyst supporting the Sub-Saharan Africa region at USTDA. Ms. Hinderdael has also previously worked as a Graduate Fellow for the Africa Team at McLarty Associates, a strategic advisory firm, and a Research Assistant at The Enough Project, a non-profit organization focused on the prevention of genocide and crimes against humanity in Central Africa.

Ms. Hinderdael holds a M.A. in International Economics from the Johns Hopkins School of Advanced International Studies and a B.A. in History from the University of Virginia.