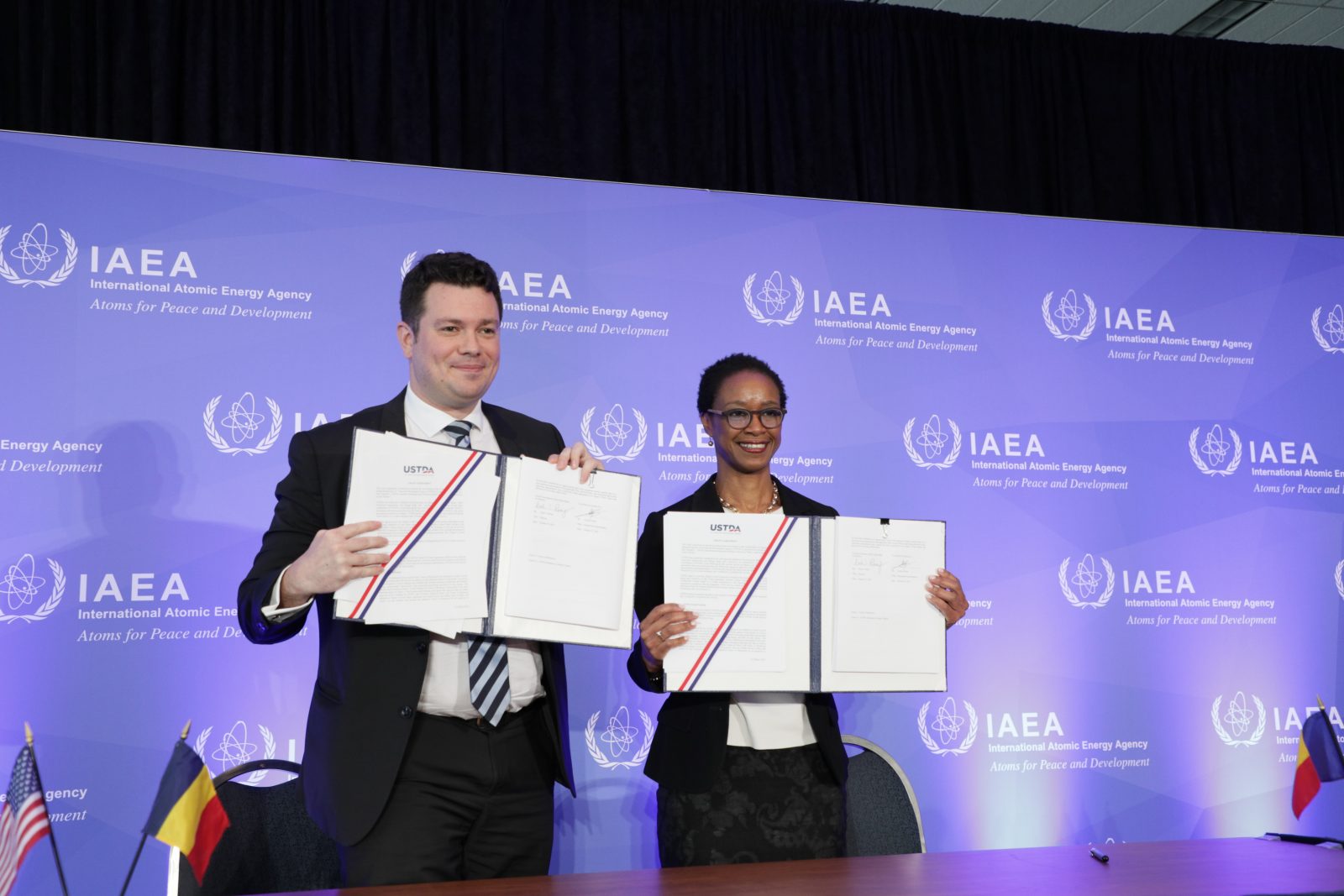 “Today, we are following through on a commitment that President Biden made during the launch of the Partnership for Global Infrastructure and Investment in June, when he announced U.S. government support for this important small modular reactor project in Romania,” said Enoh T. Ebong, USTDA’s Director. “Multiple U.S. government agencies and the U.S. private sector are working in partnership with Romania to achieve its energy security and climate objectives. Together, we are advancing ambitious and consequential projects that are shaping a cleaner and more secure energy future for Eastern Europe and the world.”

The first power plant based on the NuScale SMR design is expected to begin operation in the United States by the end of the decade. The USTDA-funded FEED study will facilitate the deployment of this design to Romania by focusing on its adaptation to site-specific requirements at the Doiceşti Power Station, which is the location of a former coal-fired power plant. The study will include key project development elements such as a layout and plot plan for the site, a budget estimate, and an environmental impact analysis execution plan. The FEED study builds on a recently completed USTDA study that identified suitable sites, technology options, and a licensing roadmap for the SMR project.

“Through this new grant offered by USTDA, we are proud Romania is recognized as a trustworthy and experienced partner in deploying the first SMR in Europe,” said Cosmin Ghita, CEO of Nuclearelectrica. “We come with 26 years of experience in safe nuclear operations and more than 50 years of experience in nuclear industry development; we have an experienced regulator and a reliable supply chain, as well as a professional educational system in technology and engineering. We have all the assets, and we stand ready with United States, following our countries’ more than 50 years of partnership in the nuclear field, to deploy the most advanced civil nuclear technology and promote the benefits of nuclear energy as an affordable, clean, reliable and resilient source of energy.”

“NuScale is proud to have the continued support of the USTDA in bringing the clean, reliable benefits of a NuScale SMR to Romania,” said John Hopkins, NuScale Power President and Chief Executive Officer. “To have the U.S. government’s support through FEED Phase 1 speaks to the role NuScale’s technology will play in strengthening Romania’s energy security and providing zero-carbon energy for generations to come. Moreover, it speaks of the experience in safe nuclear operation Romania has and its reliability as a partner to deploy such a complex project.”

President Biden announced U.S. government support for Romania’s civil nuclear development and this FEED study at the G-7 Leader’s Summit in Germany on June 26, 2022. The grant also follows the announcement by Special Presidential Envoy for Climate John Kerry and Romanian president Klaus Iohannis at COP 26 in 2021 of plans to build a first-of-its-kind SMR plant in Romania.