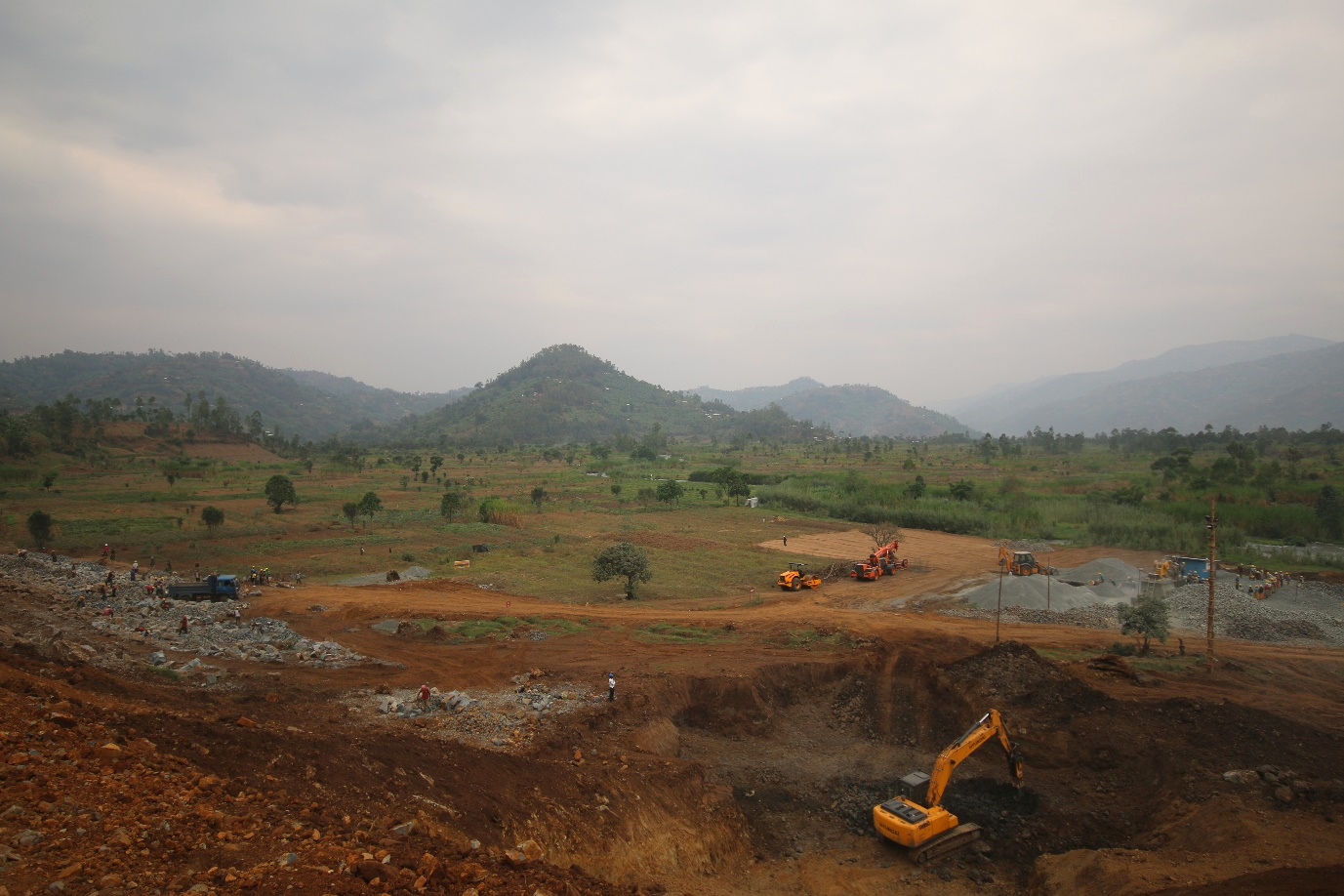 While Chad Bannick enjoyed his first jobs in finance in Minnesota and Arizona, he craved the opportunity to make a broader impact on the world, so he and his wife, Kortney, moved to Rwanda to start a new life. After they arrived, they connected with a non-governmental organization transforming at-risk families into entrepreneurs. Whether helping a young farmer buy a scale to weigh potatoes or teaching a widow to start a grain milling business, the Bannicks cultivated the ambition of Rwandans enabling them to achieve success and self-reliance.

Chad Bannick, CEO of DC Hydropower is developing the Rwaza I project on the Mukungwa River. “I believe energy access empowers Rwandans to take charge of their development narrative,” he said.

One Sunday morning in church, Chad met North Carolina-native Dr. Caleb King of Amahoro Energy. At the time, Dr. King was completing a small hydropower project that would electrify a medical clinic in Musanze District, a remote rural region of northern Rwanda. Even though he lacked experience, Chad eagerly offered to help. Working closely with Dr. King over the coming months and years, Chad became an expert in small hydropower project development. With initial investments from friends and family, Chad started his own business, DC HydroPower.  Recognizing the vision and ability of DC HydroPower to transform Rwanda’s future, the U.S. Trade and Development Agency provided a grant to DC HydroPower to assist the company in developing its first hydropower cascade – Rwaza I and II – in 2013.

“I believe energy access empowers Rwandans to take charge of their development narrative,” he said. “When children can stay up late to study, when doctors can refrigerate medications reliably, and when craftsmen can create something with modern tools, Rwandans become the authors of their own success stories.”

With support from USTDA, Chad and the DC HydroPower team are now enabling Rwandans to write the next chapter of their story. More than 300 local laborers are working two shifts to construct Rwaza I, a 2.6 megawatt hydropower project on the Mukungwa River. Once completed in 2018, the plant will provide reliable, low cost power to thousands of people, as well as supplant expensive and polluting diesel generation. The upstream reservoir will be small, so environmental impact is expected to be minimal.

“USTDA’s support was critical in optimizing the plant’s design and attracting investment,” said Chad, noting that he raised nearly $15 million in international equity for his portfolio based in part on the strength of USTDA’s feasibility study. The support of the U.S. Embassy in Kigali acting as a liaison to the Government of Rwanda was also critical to his success, he indicated.

Soon, Chad and his team hope to begin construction on the second phase of their project, just downstream from Rwaza I. They continue working closely with the Government of Rwanda to identify new opportunities to bring power to remote communities throughout the country. Chad is excited about DC HydroPower’s progress and looks forward to continuing to make a difference for additional communities across Rwanda.

A settling basin will remove sediment from river water before it enters the headrace.